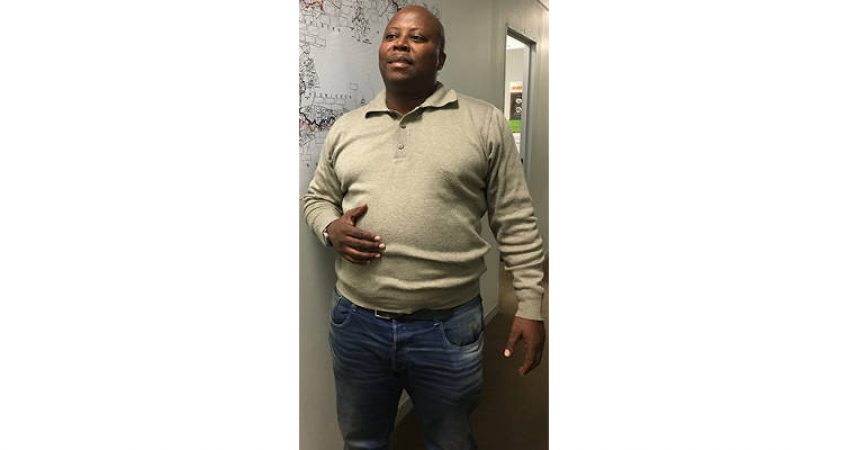 The Department of Water and Sanitation (DWS) has dedicated the week of May 15-19 to educate members of the public about the importance of adequate sanitation and hygiene. Known as the Sanitation Week, this year’s observance will be held under the theme: Sanitation for Health and Dignity.

Various activities will be carried out in the province until next month with the aim of educating communities on the correct use of toilets as well as the importance of health and hygiene.

The Weekly’s Martin Makoni spoke to the DWS Free State sanitation manager Aggrey Mohapi on the significance of this year’s theme and how it relates to the water and sanitation challenges faced by the province and the country at large.

Makoni also asked Mohapi why there seem to be a gradual movement towards incorrect use of toilets in some communities yet people often stage protests for improved sanitation, access to water and other amenities. Excerpts:

Can you please explain the idea behind Sanitation for Health and Dignity, what does it seek to achieve and who does it target?
Let me start by giving a brief background to this… In December 2004, there was a forum held in Dakar, Senegal where global leaders met to discuss issues around global water, sanitation and hygiene.

They came up with what is now called the Dakar Declaration. The leaders discussed ways of building a roadmap around increasing and encouraging people to promote issues of health and dignity that relate to sanitation.

This was because they felt sanitation was not getting the limelight it deserves. It was then found that it was one of the major contributors towards ill-health particularly in areas where there is no proper infrastructure development. A theme in that space was arrived at.

South Africa took part in that forum and the department made a declaration that one week must be set aside annually to celebrate the sanitation week.

What did department of water and sanitation hope to achieve by setting aside a period called sanitation week?
The main reason was to enhance the importance of sanitation within the day to day living of different communities. The general theme here is “Sanitation for Health and Dignity”.

So, what will be happening in the province as part of marking this important week highlighting the importance of adequate and dignified sanitation?
The department will be engaging – with the help of other stakeholders such as the department of health, environmental health practitioners and others – in door-to-door campaigns where we will be engaging with our communities on a one-on-one basis in an effort to teach them the correct methods of washing hands and why they should, among other things.

And going beyond that, we want to ensure that there is better use of our toilet systems because without that, diseases can spread easily.

The department has also taken a further view to say just one week will not be enough to raise awareness on issues of health and sanitation. So the entire month of May has been set aside as Sanitation Month. We will be observing different activities.

In the Free State, we are bringing the minister (Nomvula Mokonyane) to launch what we call a revolutionary sanitation process. This involves the processing of human excreta (faeces) beyond the current conventional methods. But due to constraints in her diary, the launch will only take place in June.

The system to be launched is called the Grey Water Package Plant.This responds to another theme that sanitation is not all about flushing. We find that water is a very scarce resource in South Africa and it has been expounded by the prolonged dry spell that the country has experienced.

This has put a big strain on our water resources. Now, we need game changers. We cannot continue to flush toilets with potable clean water. We need to preserve that water for drinking and other purposes. So, as a department, we need to lead in showing communities how best we can preserve this water.

How exactly does this Grey Water Package work?
This is essentially a water recycling system whereby we won’t be using portable clean water to flush the toilets.

This is not really new to the province. It has been implemented in other municipalities as pilot projects but as a department we now want to come up with our flagship project. What we do is, we build a package plant that begins to polish the existing sew water from the treatment plants through the use of specialised reticulation.

This water will go into the toilets and will only be focused on cisterns for flushing purposes. So, it basically means the package plant cleans the water up to a level of flushing and not drinking purposes. All this is in a bid to ensure that the scarce water that we get from dams and boreholes is preserved for drinking.

It seems like you will need a whole new set of infrastructure for this to work, where are you going to implement this technology?
The DWS is not allowed to work on green fields. That is the space of the department of human settlements. You know that the country is in the process of eradicating the bucket system.

We are going to use the current infrastructure whereby we will tap into an existing water system. For example, in Lindley, where we will be having this new system, the municipality there currently uses what is called the pond system.

That is how they dispose of their waste. So, we will draw our water from there, put it through the package plant, clean it and re-use it through a totally new system. This water will be running through some orange pipes in order to be completely distinct from the ordinary municipal pipes.

This will mainly be implemented where we are eradicating the bucket system because we want communities to have dignified sanitation services. We are therefore using existing households.

About how many households have you used this system on in the Free State to date?
The system will be launched this week. As we speak, our contractors are busy working on the project, winding up. They are doing what is called snag-listing there in Lindley.

We will be eradicating the bucket system in about 820 units. The system can accommodate up to 1 500 units. The package plant itself is ready. We will be handing it over to Nketoana Local Municipality when the minister comes.

How many people are you hoping to reach during this week’s observance and what other activities are lined up?
We are envisaging to have two programmes in this week but remember, we are expanding the activities to the end of May, so we will be having progressive programmes throughout. We will be visiting Mmulakgoro Primary School in Botshabelo.

The ablution system at that school is in a dire state. We will be teaching the kids methods of washing hands and ensuring that they become the ambassadors in their communities, ensuring that they go out there and teach their parents and the community at large the correct methods of washing hands and what to use and what not to use in the toilet system.

If you throw solid foreign objects into toilet, you will clog the system. At one stage we pulled out a sheep skin.

Throwing bricks or other heavy objects will result in the pipes breaking. We need to teach people on the proper ways of managing the system because everyone wants better hygiene and improved sanitation.